The lucky one – Song

When Hera heard my thought she sent a withe dove around my head but in that very moment, the dove had its digestion made while flying around my head…

The site is 19 kilometres (12 miles) inland from the Saronic Gulf and built upon a hill rising 900 feet above sea level.

In the second millennium BC, Mycenae was one of the major centre of Greek civilization, a military stronghold which dominated much of southern Greece, Crete, the Cyclades and parts of southwest Anatolia.

The period of Greek history from about 1600 BC to about 1100 BC is called Mycenaean in reference to Mycenae. At its peak in 1350 BC, the citadel and lower town had a population of 30,000 and an area of 32 hectares.

Classical Greek myths assert that Mycenae was founded by Perseus, grandson of King Acrisius of Argos, son of Acrisius’s daughter, Danae and the god Zeus.

Having killed his grandfather by accident, Perseus could not, or would not, inherit the throne of Argos. Instead, he arranged an exchange of realms with his cousin, Megapenthes, and became king of Tyrins, Megapenthes taking Argos. After that, he founded Mycenae and ruled the kingdoms jointly from there.

Perseus married Andromeda and had many sons, but in the course of time, went to war with Argos and was slain by Megapenthes. His son, Electryon, became the second of the dynasty, but the succession was disputed by the Taphians under Pterelaos, another Perseid, who assaulted Mycenae, lost, and retreated with the cattle. The cattle were recovered by Amphitrion, a grandson of Perseus, but he killed his uncle by accident with a club in an unruly cattle incident and had to go into exile.

The throne went to Helenius, third in the dynasty, a son of Perseus. He set the stage for future greatness by marrying Nicippe, a daughter of King Peleus of Elis, the most powerful state of the region and the times. With her, he had a son, Euristeus, the fourth and last of the Perseid dynasty. When a son of Heracles, Hyllus, killed Sthenelus, Eurystheus became noted for his enmity to Heracles and for his ruthless persecution of the Heracles, the descendants of Heracles.

This is the first we hear in the legend of those noted sons, who became a symbol of the Dorians. Heracles had been a Perseid.

After his death, Eurystheus determined to annihilate these rivals for the throne of Mycenae, but they took refuge in Athens, and in the war, Eurystheus and all his sons were killed. The Perseid dynasty came to an end and the people of Mycenae placed Eurystheus’s maternal uncle, Arteus, a Pelopid, on the throne. 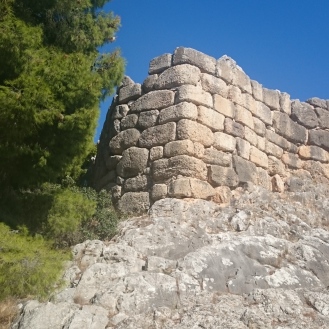 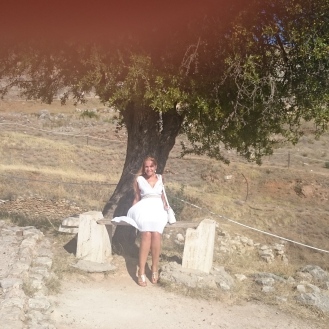